As an actress I devoted myself to years of intensive training that taught me how to embody any type of character I wanted to portray. The training was based around the concept of tapping in to a thought or belief within my personal life experience that I could then manipulate and repurpose to say and do things that would be convincingly portrayed via a character to the audience. This style of training is successful, yet I also find it capable of causing psychological concussions. Concussions caused by stitching your own personal experiences into the material of a character so seamlessly that you struggle to remember where you end, and your character begins. In my intensive training I was never taught how to tear apart the seams, to separate, to let go, to get out of the character and back in to myself and only myself. I find the omission of this additional training to “fall out of character” fascinating since the ability to let go of a character is part of being able to get another job. So, why wasn’t I taught that? I have my theories! 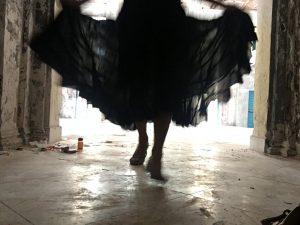 I studied acting in school since I was in 5th grade. I loved it. Learning how to become another person was fascinating to me and I became an expert at it.

The reason I am not going to “perform” ever again is that it is based on lying and deception. A tool that has allowed me to grow OFF my center. Off my Authentic point.

Learning to become another person to the best of your abilities is freeing as it allows you to look back on your OWN character with new perspective. THe issue is when you PLAY the CHaracter so long that you have forgotten which is the real YOU- the real authentic self.

Charge is powerful- wether it comes from applause or likes or money- It helps you feel like you are alive. THe problem is that sometimes that charge is plugged into the wrong outlet – not LOVE – but rather PAIN- FEAR- SEX- and you are simply creating a FALSE version of yourself.

The healing art of acting -when used to let go of characters rather than add characters is a beautiful tool for me- a process I enjoy sharing with people who desire to KNOW THEMSLEVES FULLY AS WELL.